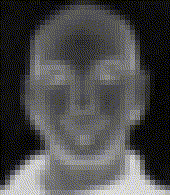 Switching careers was a big gamble for 32-year-old architect Bobby P.
During the eight years he spent designing hotel interiors, he could hardly have foreseen that within a couple of years of completing the three month LSJ postgraduate course, he would be working for a national tabloid – AND carrying out an undercover investigation for Channel 4.

Bobby’s journalism career started humbly enough with a sub-editing job he picked up while still on the course.

As well as regularly contributing articles to the local Wood & Vale paper, he started sub-editing work for Soap Life magazine, along with a range of other IPC Media titles.

Colleagues there introduced him to staff on the nationals – and it wasn’t long before he found himself tackling his first reporting shift on a national tabloid.

“Within a year I was lucky enough to get into the Daily Mirror,” he recalls.

After three months of regular shifts at the Mirror, he returned to his home town of Edinburgh to work shifts during the festival on the Evening News and Scotland on Sunday.

He returned to London and worked for a small news agency before landing a commission in February 2006 to tackle an undercover documentary on Muslim fundamentalism for Channel 4’s prestigious documentary strand, Dispatches.

The programme took the rest of the year to make and involved growing a long beard to allow him to visit mosques in his exploration of Saudi influences on radical Islam. The documentary was broadcast in January 2007 and was accompanied by an exclusive spread in the Mirror on his experiences.

Since then he has continued to work as a freelance, while being trained up as a producer by Channel 4 news. He has already been approached with a another documentary proposal, but his first love remains newspapers, and he’s keen not to become stereotyped as a commentator on fundamentalism.

But given the excitement of the past couple of years, it’s perhaps no surprise to hear he has no regrets about switching careers in his 30s.