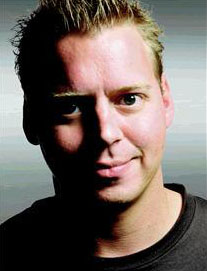 Paddy Smith’s journey into journalism took him from the back streets of Bristol to the searing desert heat of Dubai.

After completing the three-month postgraduate course in 2002, he set aside several weeks for work experience on different papers – from the Wandsworth Borough News in London to the Western Daily Press in Bristol, the Bath Chronicle and the Bristol Observer.
His stint at the Observer paid off when the free weekly contacted him with a job offer.

“It didn’t exactly swell me with pride to work on a freebie, but they were kind enough to create a job for me during an advertising recession – not a favour I’m about to forget,” he says.

“I got to run in my news legs, write tons of features – backgrounders, oddities, opinion pieces, etc – and review gigs, plays, restaurants and pubs. How many people spend the day in a courtroom and the evening in a mosh pit?

“My output swelled into the sort of jack-of-all-styles portfolio that had something for everyone. Plus I found time to learn shorthand, work out how to touch-type and take masses of advice from anyone I could talk to around the newsroom.”

His stories began to be picked up by the regional and national press, as well as TV and radio – all adding credibility to his writing portfolio.

Eager to move on, he applied for various jobs in London before accepting a writing job in Dubai, as a features writer on the United Arab Emirates’ biggest selling magazine, a consumer entertainment title.

He soon rose to deputy editor – and then heard that the gadget magazine Stuff was being launched in the Middle East.

“Had someone told me in 2002, as I handed in yet another piece of coursework at the London School of Journalism, that I’d be editor of a magazine before the decade was out, I wouldn’t have believed them. The idea that I might occupy the editor’s chair on a magazine I actually liked was, at best, risible,” he admits.

Now editor of the Middle East edition of Stuff, in 2006 Paddy found himself contacting the LSJ in his hunt for new staff – a strange turnaround in the four short years since he himself attended the postgraduate course.

“I’ve been in the right places at the right times, and occasionally taken the road less travelled,” he says. “Perseverance will always be a journalist’s best qualification.

“The first issue kills you. The second disappoints you. After that, you compete with your past. By the sixth, you know your limits (more or less). The magazine has been a huge success, a credit to the people I work with every day, geniuses all.”

The publishing explosion in Dubai has created numerous writing jobs in recent years and a number of other LSJ students have followed in Paddy’s footsteps, working on a variety of trade and consumer titles.

Paddy returned to London in 2009, working as a freelance specialising in IT matters.